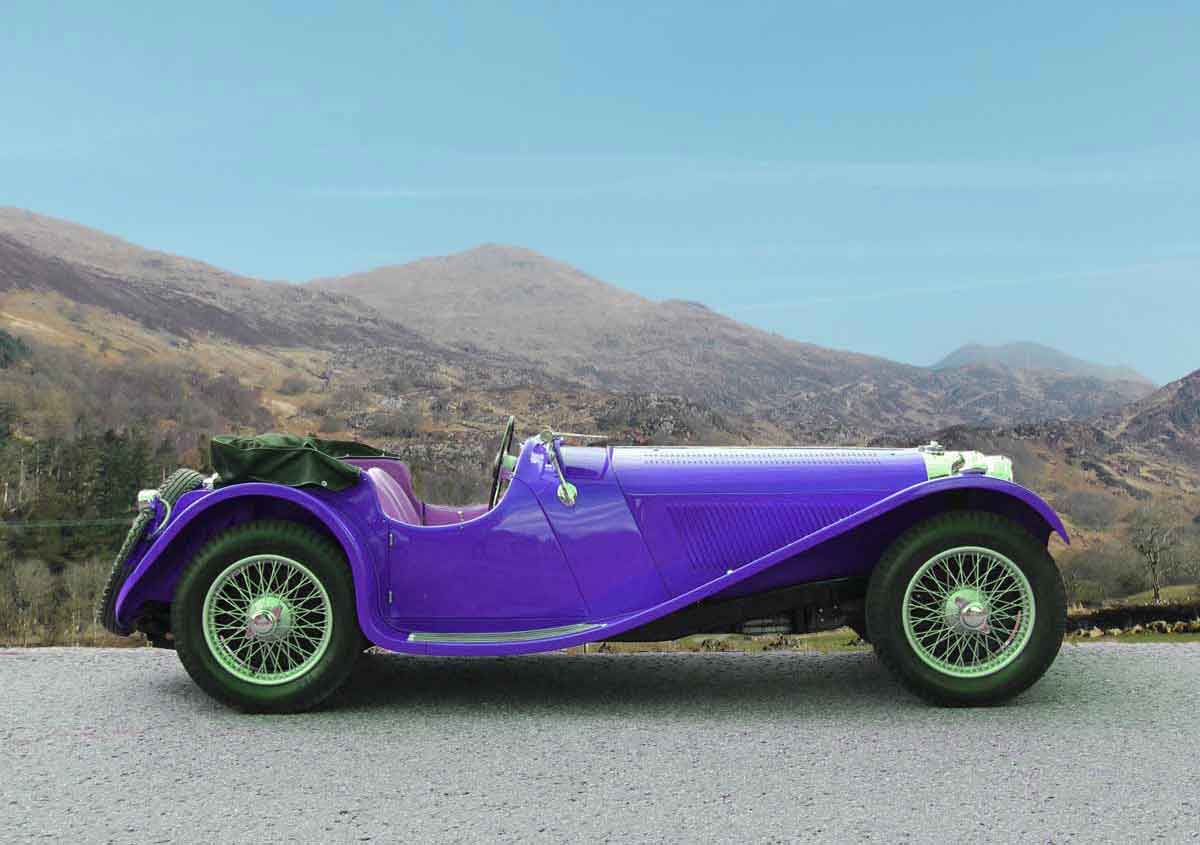 Okay this isn't strictly speaking really a Jaguar but don't try telling an enthusiast that! Back in the 1930s the company that built it was known as SS Cars, which had evolved from the Swallow Sidecar Company; but the term 'SS' very soon fell out of favour because the activities of certain German soldiers so in 1945 the company changed it's name to Jaguar Cars. This was quite a natural development since for some time the company's SS cars had had the term 'Jaguar' incorporated into their names. William Lyons, one of the founders of the original company, wasn't terribly impressed with the first leaping Jaguar on the radiator cap; he likened it to a cat being shot off the roof but eventually even he (and he was a very exacting man) was happy with it.

First appearing in 1936 the SS 100 was a beautiful two seater sports car which many consider to be the epitome of sports cars of the era. The name was chosen because of it's supposed top speed of a hundred mph; this was a little bit of artistic licence since the 2.7 L engine that it began with just about managed 95 mph and even then it was necessary to lower the windscreen! However an upgraded engine to 3.5 L , which was available from 1938, increased the power output from about 100 brake horsepower to 125 and made it capable of the magic ton.

furthermore, it could out accelerate just about anything else on the road at the time, and could cruise quite happily at 75 mph stopping only for petrol!

Part of the reason for the high value of the SS 100 is the fact that only 314 of them were made. Lately a mini industry has grown up creating replicas; many of these incorporate new or reconditioned parts from more modern Jaguar cars, and more of these have now been made, than those manufactured originally by SS Cars. There is such a huge demand for this beautiful sports car that even replicas can still fetch high prices.