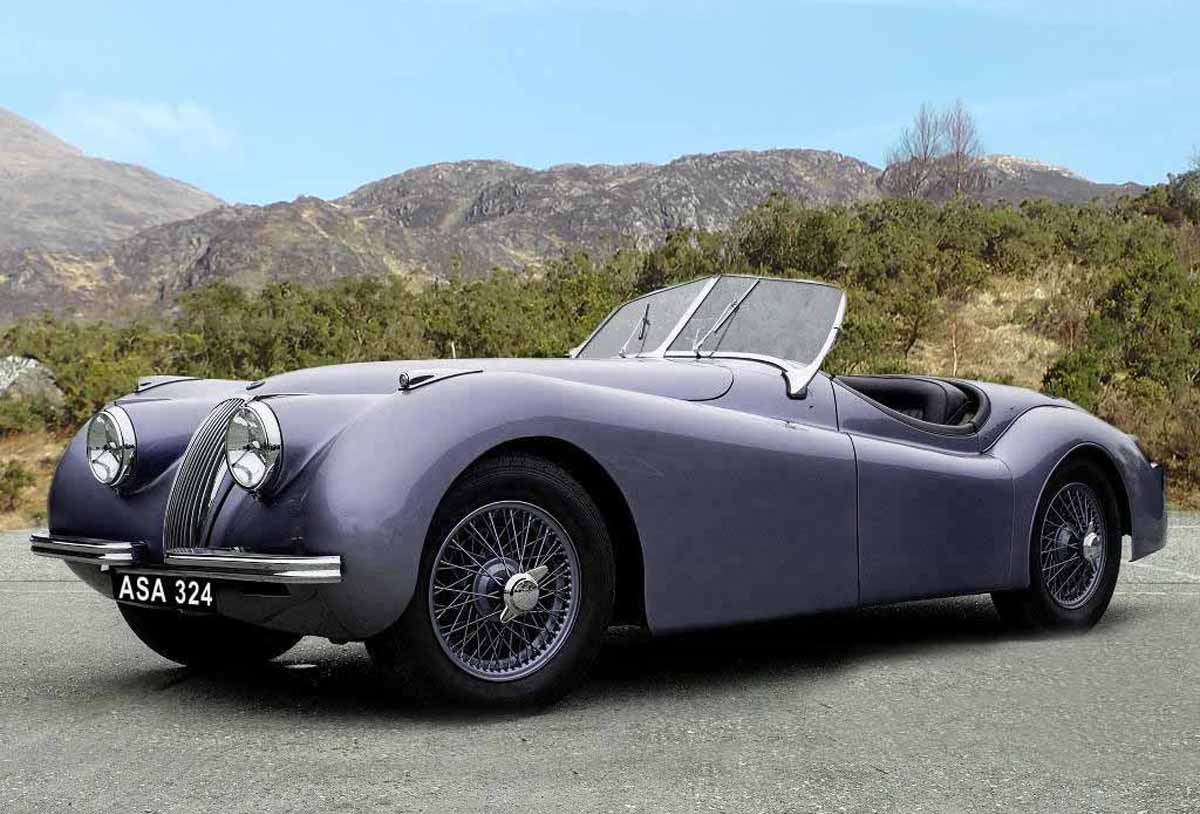 Before World War II Jaguar (or SS Cars as they were known then) used modified versions of engines built by the Standard Motor Company. It is being claimed that during the war, when all efforts were supposed to been directed towards military needs, Sir William Lyons and his design team discussed a range of better engines whilst they were on fire watching duty at their factory in Coventry. It was said that no development work was carried out however; perish the thought.

However the fact is that not long after the end of World War II Jaguar had created one of the most successful engines ever; the six cylinder dual overhead camshaft XK. This was an engine designed not only to produce superior power, and long life, but also to look good too!

In 1948 At the London Motor Show the XK 120, with a 3.4 litre, 160 brake horsepower engine, was launched and it caused an immediate sensation. This wasn't just a beautiful and sexy car but it was fast as well; the '120' in it's name referred as usual to its maximum speed but on this occasion this was an understatement and at the time it was the fastest production car available. It was so fast that racing drivers including Phil Hill and Stirling Moss had their first successes in XK 120s.

This was not a good time to be launching a car like this however. The country was suffering from a post-war depression, and there was food rationing and austerity. There was still a market though in the United States of America and export success was essential to Britain's economic recovery and creating goods for export was often the only way in which a car manufacturer could get hold of enough steel. Indeed it was not until 1950 when an all steel car was produced; prior to this they were wooden framed with aluminium body panels; there was in fact at the time a plentiful supply of aluminium which had been produced for aircraft manufacture during the war.

At half the cost of an equivalent Ferrari the car sold well over the pond with even such luminaries as Clark Gable, Humphrey Bogart and Lauren Bacall becoming proud owners. In the end, although sales of only a few hundred were anticipated, nearly 12,000 were produced altogether, most of them for export.

Nowadays even around 70 years later examples in good condition can still fetch around £200,000 each. The XK engine was well and truly launched and after numerous alterations and improvements stayed in production right up until 1992.